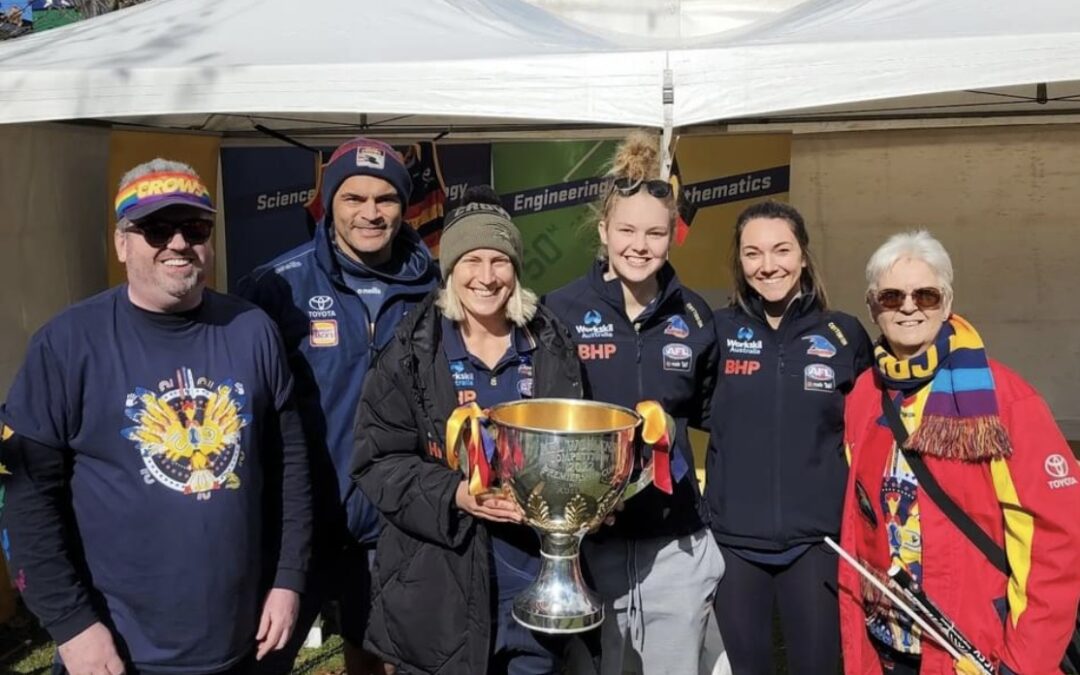 National NAIDOC Week celebrations were held across Australia in the first week of July (Sunday to Sunday) to celebrate and recognise the history, culture and achievements of Aboriginal and Torres Strait Islander peoples.

It’s an opportunity for all Australians to learn about First Nations cultures and histories and participate in celebrations of the oldest, continuous living cultures on earth.

On Friday 8th July I went along to the Adelaide Family Fun Day and March which was held at Tartanyangga (Victoria Square). I met up with Brett there at around 10.30am. Lots of people were gathering for the march which began at 11.00am. We joined in and proceeded down King William Street to Parliament House where several people spoke on the steps there including Belinda McKeown who is the 2022 Indigenous LGBTQI+ Person of the Year. Then we walked back to Tarntanyangga to join in celebrations.

Jeremy from Adelaide Football Club had invited us to join in and show support, visibility and be involved with the club for NAIDOC week. The Crows had a marquee on site with several people from the club including Jeremy Johncock and MJ (Marijana Rajcic) looking after it. Besides MJ, several other players from our women’s team namely, Caitlin Gould, Hannah Munyard, Niamh Kelly and Zoe Prowse joined in on the day and had photos taken with the many fans and our latest AFLW Premiership Cup.

It was so good to see people from different cultures interacting, having fun, talking and enjoying the day. The atmosphere was amazing! There was entertainment, community BBQ, kids art and craft, amusements, and 40+stalls. I’m so glad I went. What a great day!