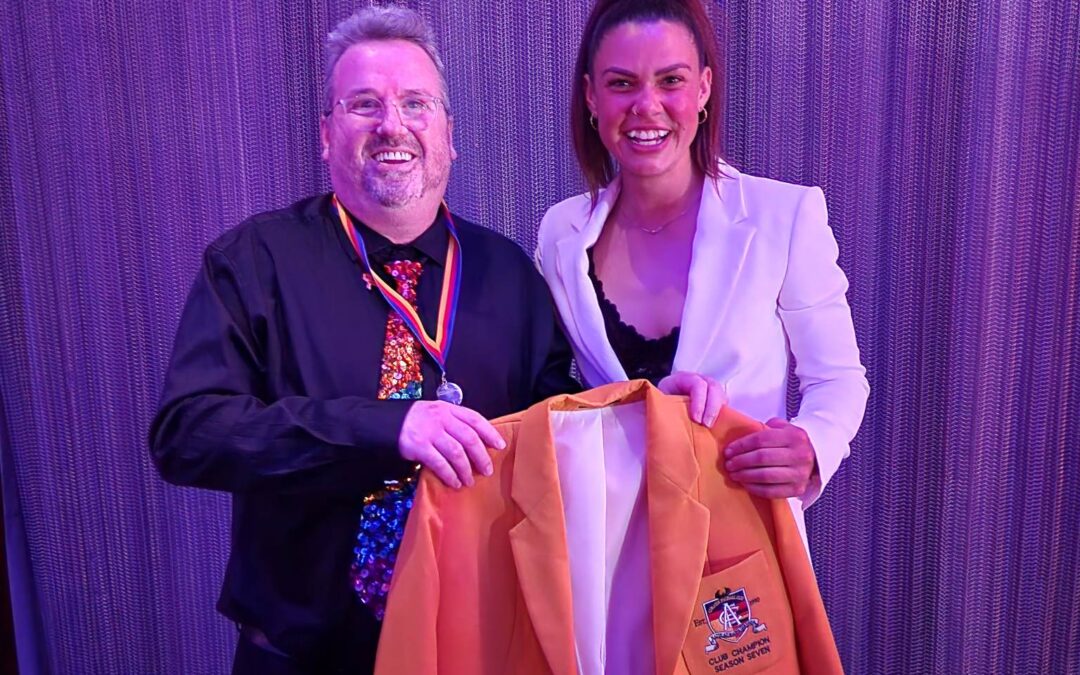 A few Rainbow Crows members and committee attended the Season 7 AFLW Club Champion Dinner together on 1st December at the Hilton Hotel. It was a lovely 3 course dinner with the various player awards presented throughout the night and a variety of speeches by the club, coach and players leadership team (minus Chelsea who had to head over to Perth).

During the Players Leadership speeches Stevie-Lee gave a special mention to the Rainbow Crows, not only for their passion for the team, traveling the country and being vocal at games but particularly for the work we do being extremely visible at games and vocal in our pursuit for diversity and inclusion in AFL/W making it so much easier for all players in the team to be their authentic selves. It was pretty special to be mentioned by the players for the work we do in that area. A few of us spoke to Stevie-Lee later in the evening, thanking her for the mention and she reiterated the significant impact the work we do has on the players themselves which was really special to hear.

Another highlight (and low in a way) was being able to say a huge thank you and goodbye to Ailish, which her departure was announced during the speeches. A couple from our committee headed over to her and as soon as she saw us heading towards her, she started crying which brought us all to tears as well. Ailish wanted to pass on her thanks to all of the Rainbow Crows people who supported and cheered her on over the years playing with the club. We will certainly miss her both on and off the oval. It was great to have Ailish join us for the Adelaide Pride March a few weeks beforehand.

Overall, we had a lot of fun, particularly being able to chat and have photos with various players including what has become a tradition to have a photo with our crew, Hatchy and her partner Goergie.