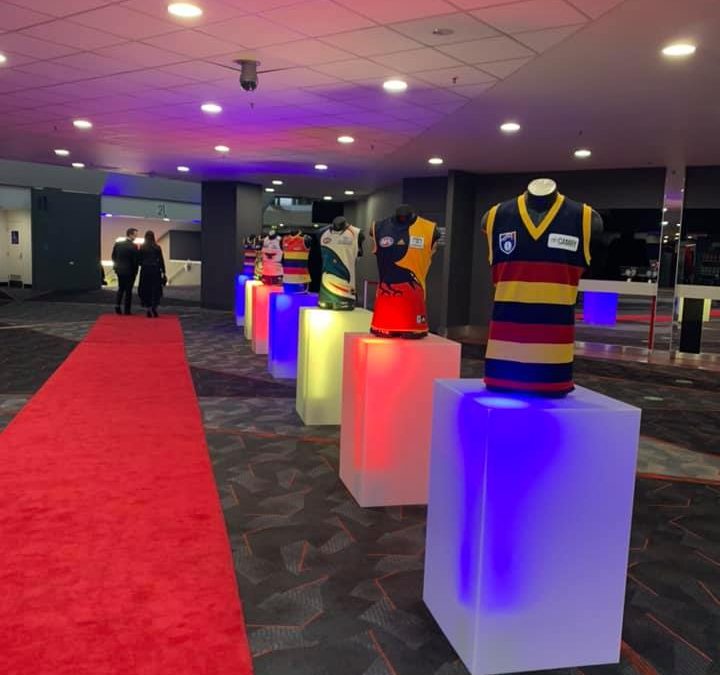 Thursday 24 June was the club’s second ever Hall of Fame dinner. Brett and Brendan from our committee represented the Rainbow Crows at the gala dinner, held at Adelaide Entertainment Centre.

It was a night of celebration, as the club celebrated their 30 year history – with the opening montage at the start of the night going from the initial unveiling of the Camry Crows in 1991 right through to Riley Thilthorpe’s goal in the St Kilda just a few weeks ago.

Throughout the evening the club showcased its history at various points, including various montages of the fans and supporter group, including Rainbow Crows.

4 greats of the club were inducted into the Hall of Fame. The 4 latest inductees are: